Office of the Commissioner of Official Languages for New Brunswick 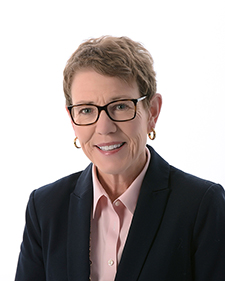 Shirley C. MacLean is from Baddeck, Nova Scotia. She grew up in an Anglophone family that valued the importance of Canada’s both official languages. After obtaining a Bachelor of Arts degree from St. Francis Xavier University in 1984 she attended Laval University in Québec City for a year and a half in order to learn French.

In 1990 Shirley MacLean obtained her law degree from the University of New Brunswick. Following this she practiced law with a Fredericton law firm and in 1994 joined the Law Society of New Brunswick as its Director of Admissions. In 2003 Ms. MacLean became the Society’s Deputy Executive Director and Registrar of Complaints. She performed her duties in both English and French. Throughout her years with the Law Society Ms. MacLean developed an expertise in professional regulation and discipline which included investigating and administering numerous complaints, discipline matters and regulatory issues.

In December 2013, Shirley MacLean was appointed Queen’s Counsel, a distinction awarded in recognition of outstanding service to her profession. Ms. MacLean has been the Chair of the Mental Health Tribunal in Fredericton since 2017.

Very involved in her community, Shirley MacLean is a Board member of the Healing and Cancer Foundation, a member of a Syrian Refugee Sponsorship Committee and a Board member and volunteer with the New Brunswick Highland Games Festival.

Shirley MacLean was appointed Commissioner of Official Languages for New Brunswick on November 22, 2019. Taking office on January 2, 2020 for a seven-year term, she is the third person to hold this position.

The Commissioner of Official Languages for New Brunswick is an independent officer of the Legislative Assembly. Her role is to investigate, report on and make recommendations with regard to compliance with the Official Languages Act. She is also responsible for the promotion of the advancement of both official languages in the province.

Over the past few years, the Office of the Commissioner has highlighted a number of issues related to the vitality of New Brunswick’s two official languages such as education, language of work, immigration and signage.

In 1969, New Brunswick adopted an act making English and French the province’s official languages. A new act was passed in 2002 with amendments made in June 2013. New Brunswick is Canada’s only officially bilingual province. This unique status is part of the Canadian Charter of Rights and Freedoms, component of the Canadian Constitution.

Pursuant to the Charter and the Official Languages Act of New Brunswick, members of the public throughout the entire province have the right to communicate with and receive services from provincial institutions in the official language of their choice. It should be noted that institutions have an obligation to inform citizens that their services are available in both official languages. That is what is called an active offer.

According to the 2011 Census, 65.4% of New Brunswickers have English as their mother tongue. French is the mother tongue of 32% of the province’s residents.

The Canadian Charter of Rights and Freedoms states that both Anglophone and Francophone communities in New Brunswick have equality of status and equal rights and privileges, including the right to distinct educational institutions and such distinct cultural institutions as are necessary for the preservation and promotion of those communities.