Languages Commissioner for the Northwest Territories 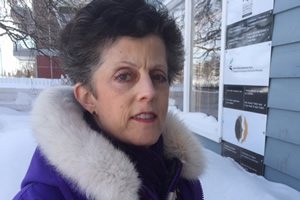 Shannon Gullberg was born in Edmonton, Alberta, Canada and was raised in rural Alberta. Shannon obtained her law degree from the University of Alberta in 1988 and immediately came North to article and remained in private practice for several years. From 1991 - 1995, she worked for Legal Division, GNWT, where her primary responsibilities were to provide legal advice to the Department of Health and the Department of Social Services. Shannon started her own practice in 1995, with her focus being on child protection and administrative law. She then became legal counsel for the Languages Commissioner from 1996 - 2000. As well, over the years she has also conducted many high profile investigations for the Legislative Assembly and various Ministers.

In 1983, Shannon obtained a Bachelor of Science degree in Rehabilitation Medicine (with distinction) from the University of Alberta in 1983. She went on to practice as a speech pathologist for several years before attending law school. This focus on communication has always been a passion.

The Northwest Territories has eleven Official Languages including English, French and nine Aboriginal Languages. The public has certain rights with respect to those languages when it comes to:

The Official Languages Act applies to all institutions of the Legislative Assembly and GNWT departments, corporations, boards and agencies. The Act does not apply to municipal governments or private industry.